Today was truly special because it was the first time that Vietnam started to feel like home. Once I got out of the city and into the mountains, I really felt in my element.   Focusing on the scenery and the animals and on the physical demands allowed me to completely forget my homesickness.

Bach Ma was truly spectacular. I took a tour offered through Viator. There were about 20 other tourists, but it didn’t feel like that large of a group, and everyone was really friendly.  There were actually a couple other Da Nang expats, which was great!  The shuttle ride from Da Nang to the park entrance took about an hour and then driving to the lookout at the top of the mountain took another 45 minutes. The road was windy and bumpy, but the view was spectacular!

At the top of the mountain is a good luck gong, which everyone took turns hitting.  There are also a couple of exhibits: one about the history of the park, and one about the recently discovered, endangered Saola – also known as the Asian Unicorn.

The history of the park is really fascinating.  In the early 1900s it was a French resort for high-ranking officials and their families.  When they started fighting against the French, the Vietnamese took ahold of the resort and tore it apart.  During the Vietnam War / American War, it became a stronghold for the southern forces until it eventually fell to the North.

Our guide was fabulous – he pointed out different bugs along the way and picked up a walking stick and let us hold it too.

He stopped at the entrance of a tunnel which was used to hide weapons during the war.

“Do you want to go in?” he asked. I immediately yelled yes, and everyone looked at me like I was crazy. None of us realized it was actually part of the tour. 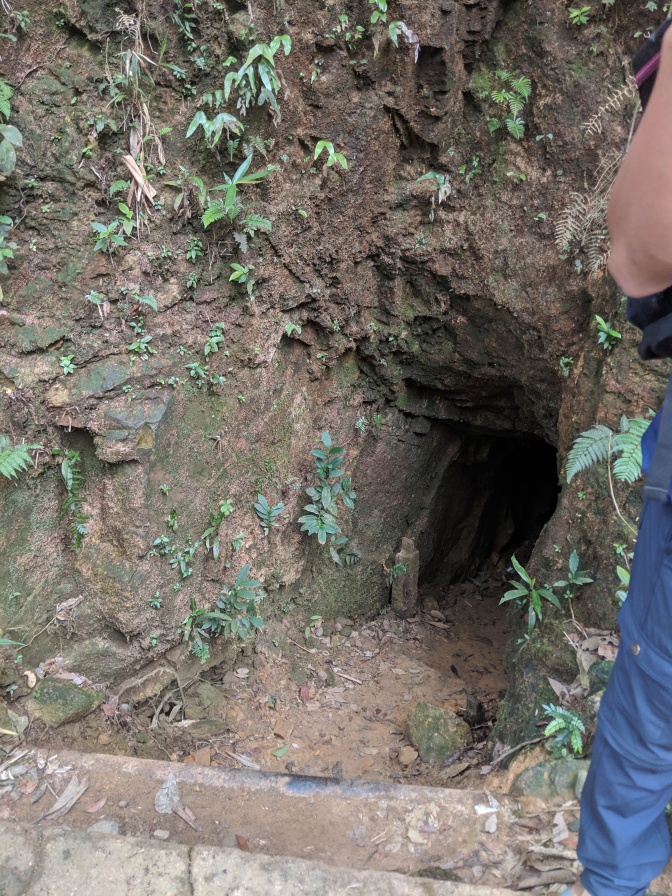 “If you go in there, you’ll get to meet my friends,” the guide said. “There are about a hundred of them.” He spoke with a British accent that sounded really high class.

His “friends” were a colony of little bats hanging from the ceiling. We used our cell phone flashlights to navigate the cave, and got really up close and personal with the bats. A number of them touched my hair, face, and arms as they flew by. Most of them just stayed in their spots on the ceiling, flexing their ears to figure out what was in the cave. It was really remarkable to be that close to these beautiful animals.

Just before the hike began, I’d slathered myself with sunscreen and bug spray. I asked the guide about malaria. He said there was no malaria in this part of Vietnam because there are no mosquitos. Sure enough, I don’t think I saw a single one. However, there were bees swarming around us the entire hike. I don’t know where they were coming from, but they were probably attracted to that nice-smelling bug spray that we all put on!

Right at the beginning of the hike, a girl got stung in the eye. From then on it was hard to be calm about the bees, and there was a lot of screaming and running in circles. The majority of the hikers were female.

The path followed a mountain stream that transformed itself into many waterfalls and pools. Saying it was a “hike” didn’t really cut it; as the guide put it, we “went on an adventure.” We climbed over rocks and cliffs, holding onto cables that had been strung along the side. It involved a bit of rock climbing, going down a couple of ladders, hopping stones to cross the river.

The tour group had packed our lunches for us in cute little lunch boxes. My vegetarian version was seasoned fried tofu, vegetables, and rice. Those that opted for the meat got a shrimp soup. After lunch we took a little swim break in one of the pools. The water was frigid but felt really good after hiking in the humid heat. Still, the mountain weather was much more bearable than the 100+ degrees that Da Nang reaches every afternoon.

At the very end we climbed to the top of the highest waterfall in Vietnam, and experienced even more beautiful views. 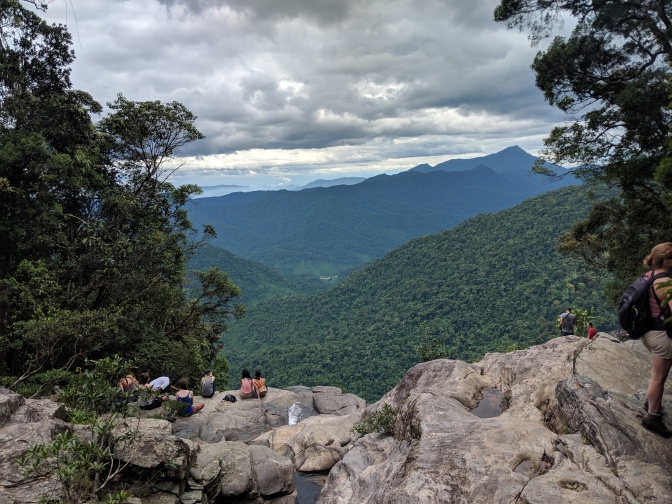 As we drove back to Da Nang in the sunset, I got a new perspective of my city and started to appreciate it a little bit more. This tour completely shattered all my expectations and was so memorable that I’m sure I’ll be talking about it when I’m an old lady. 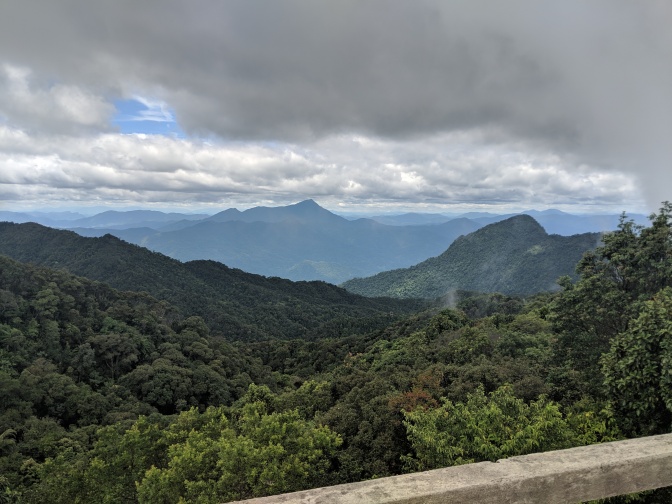 Check out the video!

A 34-year-old animal-lover who loves exploring and spending time outdoors. View all posts by Emily Clover